Research shows us X, research X shows us Y. It’s an argumentative paper. Yugoslav conflict- rape and sexual violence You need to prove a point and make an argument in the paper- have a thesis Be specific, make it analytical BLOODLANDS Snyder is talking about …

A letter I wrote for an assignment last year

My English teacher Mrs. Henly had us write a letter to a friend recommending (mostly just summarizing and analyzing) an article or book we had recently read. I chose to recommend an article titled, “The Dark Psychology of Dehumanization, Explained” by Brian Resnick. It’s interesting. …

Other Stuff
-
by dkeyes
-
0 Comments

Honestly, I’m only doing this because Professor Al-Tikriti said that it’d be good (“not necessary, but good”) to have something other than book reflections on our blog, and since I’m zoning out just watching the movie and I need something else to do, I figured I might test that out.

So people fucked with these dwarves (tearing out eyelashes, pouring boiling water, testing blood, just the norm) (also, is ‘dwarves’ politically correct terminology today? I could look it up but I don’t want to so I don’t think I’m going to.

This main character guy is really just so tortured and wow what a hard life he’s had. Okay, this isn’t meant to belittle his experience or anyone else’s experience but I feel like this is all so unnecessarily dramatized. There are several shots of just him staring off into space and maybe I’m just cynical and a horrible person but I’m tired and have other important things I really should be doing other than watching movies about the seven dwarves of Auschwitz, not gonna lie.

It’s interesting, though, that some dwarves were kept alive for entertainment while so many other “disabled” people were killed. I guess they were just drawing that line between disability and entertainment.

Also, Hitler made his own freakin’ Snow White movie. That just seems real fucked up. But the parallel that the documentary pointed out between the Queen in Snow White and Hitler himself was pretty engaging, just in their similar desire for perfection to the point where they would kill anyone who didn’t comply.

Even though the Queen’s motivation for wanting to kill Snow White was primarily jealousy and Hitler’s was just being a fucking psycho, the comparison was intriguing.

ALSO: take a look at the featured picture for this post because Snow White is ugly as heck (and Snow White is depicted as Hitler which is the point)

“The lips smile but the heart weeps”

Ovitz family* is what the documentary was about, fun fact

Other Stuff
-
by dkeyes
-
0 Comments

TCLITD: Part 2 (Whatever that consists of, I don’t know)

Honestly I am so done with this book and, sometimes (most of the time, not gonna lie) this class. I’m a little bit scared that this blog post rant is going to get me in trouble because even though I’m supposed to talk about what I’m … 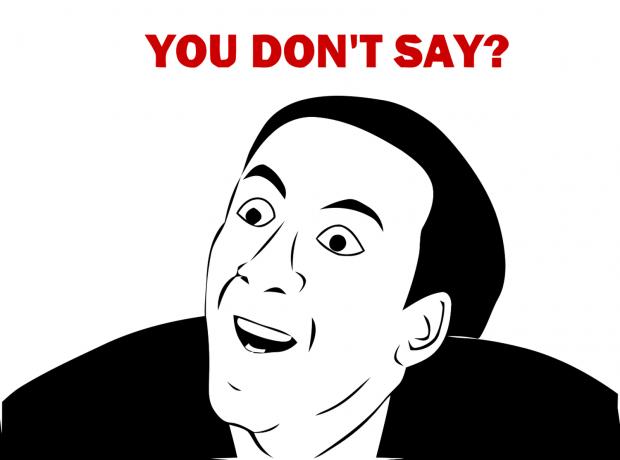 Some fun things I highlighted and/or wrote in the margins: CHAPTER 2 people called the same place different things (Armenia was called several different things) “Armenians are one of the fortunate few ethnic or religious groups … that have a long literary pedigree, a collection …

I’m looking at notes I took about how to process a book and I’m just going to do some kind of fill-in-the-blank shit here:

Author: Ronald Grigor Suny (still alive, I take it) (his birthday is soon) (he’ll turn 77) and he went to some pretty rad schools
Oh, and his grandfather was an Armenian composer

I am so bored. Okay, not gonna lie, I was never really taught and never really learned how to read that page with all of the publication information so that kind of sucks. It looks like this is the only edition, though. I don’t think it’s a translation, and it was published by Princeton University Press. AND it was published in 2015.

It got some good, solid reviews. Nice.

“This is the story of why, when, and how the Genocide of the Armenians of the Ottoman Empire happened.” Am I done? Can I be done with this book? Now that I know what it’s about? Kidding. Kind of.

I’m #blessed because the introduction is very short and that’s the only thing that Prof. Al-Tikriti told us we need to read in depth.

Okay, so here’s a cute timeline I made based on information from the Introduction followed by some quotes from the Intro that I highlighted because I guess I thought they seemed important.

I really have to stop quoting shit because damn, it’s a lot.

I’m only going to read the first two and last one page of every chapter because that’s all Prof. Al-Tikriti said we had to read and I’m not about to do anything more than the bare minimum #winning #at #life

Okay, I lied, and I’m also going to read some stuff in the middle but I like keeping up my badass persona that only does the bare minimum #still #winning #right?

History is written by the victors. William Gladstone (British prime minister at some point) described the Turks as a threat to Christendom and “as a people whose principal quality was unbridled savagery” (1) which just seems excessive to me.

Turks were tribes of people “who originated in Siberia and Central Asia and spoke one or another Turkic language” (2).

I thought this was interesting, given our current political climate and situation: “Yet throughout most of human history the most long-lived and ubiquitous states were in fact great multiethnic, multireligious empires” (2). I don’t know, I guess I think that’s kind of cute.

“Besides social and geographic differences, the empire involved religious and ethnic distinctions and discriminations as well,” I guess, referring to the Ottoman empire. Then Suny talks more about Muslim vs. non-Muslim privileges and Islamic rulers ruling over Jews and Christians. I wrote “this sounds interesting” next to this because maybe I’ll read about it later and maybe I’ll forget it ever existed. Who knows?

“As a form of state, empire is quote different from the ideal type of nation-state, which usually aspires to create national communities of homogeneous and legally equal citizens” (7-8). Not gonna lie, there’s a lot more to what I highlighted but I feel like I’m cheating the system by just quoting a bunch of shit from the book and doing little to no analysis. But the paragraph is just about inequality within the empire and how it existed despite the fact that the Ottoman empire was one of the longest surviving empires. Is that to emphasize that inequality can exist within a successful empire, or an empire can be successful even with inequality and hierarchy and institutionalized difference?

“Nationalists, most particularly ethnonationalists, viewed their nations as ancient, continuous, and organic — products as much of nature as history” (9) which I think is a thought-provoking idea; nations are a product as much of nature as history. History and nature both have played equal roles in the nations’ development. I know I’m just rephrasing the whole thing but that’s where I am right now in my life and in my day.

“If there is a dominant image of the Ottoman Empire it is one of steady decline, a movement from its original expansion and strength up to the end of the seventeenth century to its pathetic position as the “Sick Man of Europe” by the nineteenth century. Many in power shared this view, as did some of those they ruled. In an age of ruthless international competition, the Ottomans were seen as an imperial victim of Western imperialism, an unfit preindustrial, power, backward, weak, and about to collapse” (25). I can’t remember why I highlighted this but it’s cool.

A Memory of Solferino- Henry Dunant

(Because apparently information about the author is important and I’m not about to take handwritten notes on this guy) “father of the red cross” super ambitious guy Dunant’s big ideas: societies of trained volunteers should be organized in all countries for the purpose of helping …